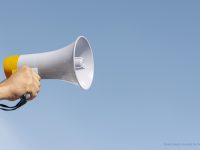 Several institutions in Belgium host important natural history collections, extensive libraries, well-equipped research facilities and well-trained taxonomists and curators. To ensure that this can also serve developing countries in addressing their taxonomic needs, the Belgian Focal Point to the GTI as a sub-program of CEBioS issues three types of grants:

The internships are focused on (a) specific taxonomic group(s) relevant to sustainable ecosystem management and sustainable local livelihoods – it may concern plants, animals, fungi, bacteria or other (micro)organisms – and typically include combined theoretical and hands-on training in taxon identification, taxon classification and/or collection management.

Access to scientific literature, to specialized databases and to specific Belgium-based infrastructure and collections can also be obtained during the study visits.

For more details on the eligibility criteria and application modalities, as well as the GTI Scholarship Grants awarded in the past, please visit the dedicated website of the Belgian Focal Point to the GTI.

A call for proposals is issued once a year, usually between March and June.

This new grant type funds the participation of (para)taxonomists from eligible developing countries in short-term general trainings or workshops (co-)organized by the Belgian GTI NFP in Belgium or abroad (up to 2 weeks).

In contrast to the trainings at Belgian research institutes provided in the context of the GTI Scholarship Grants, which usually focus on specific taxonomic groups, these general workshops aim to enhance the participant’s knowledge and/or skills in domains that are relevant across taxa.

General trainings are ad hoc or demand-driven and may cover the following topics (without being exhaustive):

To learn more about the thematic trainings and to view associated course material, please visit the dedicated website of the Belgian Focal Point to the GTI.

Calls for training participants are launched on a regular basis.

Importantly, research activities must always be accompanied by capacity-development activities and both components should address clearly identified taxonomic and/or curatorial needs of the partner country.

For more details on the eligibility criteria and application modalities, as well as the GTI Capacity Development Grants awarded in the past, please visit the dedicated website of the Belgian Focal Point to the GTI.

A call for proposals is launched once a year, usually between March and June.

Note: All scientific staff of the Royal Belgian Institute of Natural Sciences (RBINS) are welcome to respond to this call. Researchers from Meise Botanic Garden can also apply, provided that they have actively contributed to GTI activities in the past. Taxonomists from other Belgian research institutes can take part as invited experts, not as promotors.

The digital world has evolved considerably since the early days of the Belgian CHM partnership. New web-based tools are continuously being released, and society’s needs and use of the Internet are constantly changing. Focal Points around the world have to adapt to these unceasing changes, taking full advantage of emerging technologies in their work on the CHM.

To assist partner countries in this task and increase their contribution to the CHM websites, the Belgian Focal Point to the CHM as part of the CEBioS program regularly launches calls for proposals. The objective of the initiative is to obtain websites that are:

From 2006 to 2018, national CHM websites were based on the Portal Toolkit (PTK) Content Management System (CMS), but since 2019, there has been a migration to the Bioland CMS developed by the Secretariat of the Convention. In this context, the CHM reinforcement call plays an important role in helping countries of the Belgian CHM partner network make the transition to the Bioland CMS and feed information and data into these new websites.

More information about the CHM reinforcement calls can be found here. 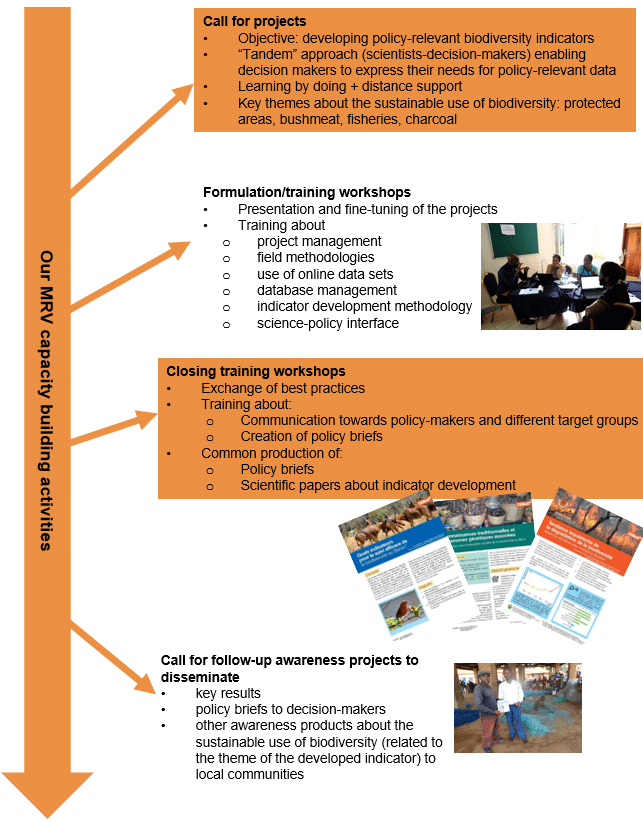 As awareness raising is also an integral part of the Convention on Biological Diversity (CBD) and its Post-2020 Global Biodiversity Framework, CEBioS regularly launches calls for proposals in order to help partner countries implement activities to raise awareness on the importance of biodiversity and the services it provides. In this way, CEBioS aims to contribute to a better knowledge of biodiversity linked to sustainable development and a better implementation of international environmental conventions in developing countries.

Awareness activities may include the organization of a meeting with local communities, policy-makers and/or other stakeholders, the hosting of an academic event for students and professors, the dissemination of flyers, brochures or posters, the publication of articles in popular journals, participation in a radio or television program, etc.

The awareness calls are linked to CEBioS’ CHM, GTI and MRV activities:

National CHM networks play a vital role in educating and informing the general public, policy makers and/or other interested stakeholders about the value of biodiversity and the opportunities provided by the Convention on Biological Diversity.

Therefore, as part of the public awareness component of its program, CEBioS aims to strengthen the awareness actions of CHM National Focal Points and competent authorities in partner countries by regularly launching calls for project proposals.

Type 1: Study on suitable indicators for a baseline study on public awareness if such indicators have not yet been defined in the revised National Biodiversity Strategy and Action Plan (NBSAP)

Type 2: Baseline study on the perception of biodiversity based on the indicators chosen in the NBSAP or via an earlier project on indicators (Type 1 project)

Type 3: Follow-up study to evaluate changes in the perception of biodiversity based on the indicators chosen with methodology used for baseline study (Type 2 project); results are to be included in the evaluation of the NBSAP

Type 1 to 3 projects are aimed at Ministries, while the goal of Type 4 projects is to raise awareness among the target audience chosen in the NBSAP or through an earlier indicator project (and for which a baseline study (Type 2 project) has been undertaken).

More information about these general awareness calls can be found here.

The aim of the GTI Awareness Grants is to enable researchers from eligible developing countries to carry out local awareness-raising campaigns based on the scientific results obtained via their GTI internships that took place at a taxonomic research institute in Belgium. Therefore, applications may only be submitted by students or scientific staff members who have received one or more GTI Scholarship Grants in the three years preceding the GTI awareness call.

The overall objective of the GTI awareness activities is to educate the general public and interested stakeholders on how a better understanding and management of the components of biodiversity can contribute to the provision of ecosystem services and thus to improved livelihoods.

For more details on the eligibility criteria and application modalities, as well as the GTI Awareness Grants awarded in the past, please visit the dedicated website of the Belgian Focal Point to the GTI.

A call for proposals for GTI awareness projects is launched every four years with the next one expected in 2024.